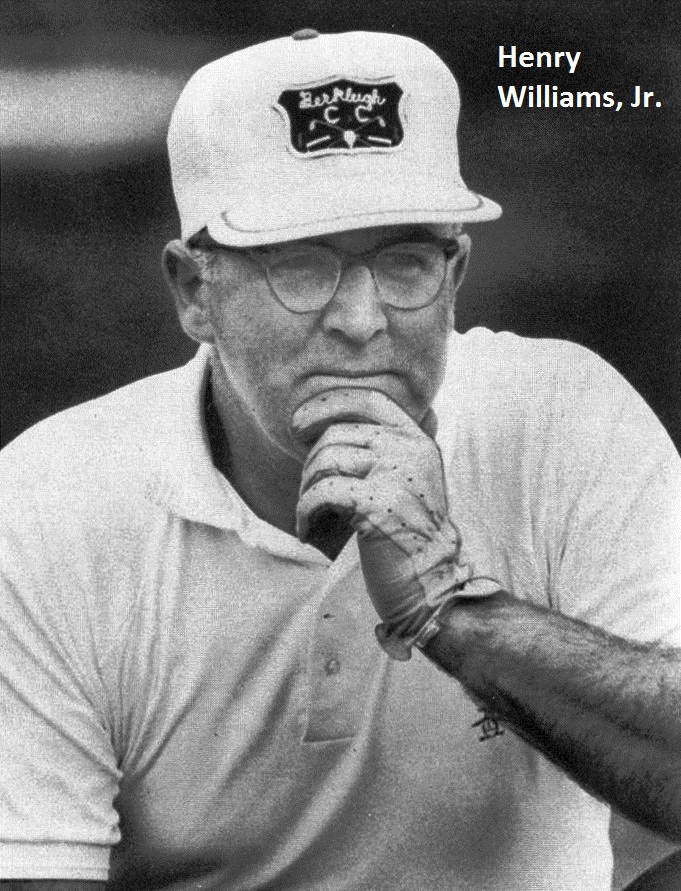 “DID YOU KNOW”
A Philadelphia PGA pro won the 1952 Tucson Open and wasn’t invited to the Masters!

Henry Williams, Sr., the professional at the Lehigh Country Club, showed his son Henry Jr. how to grip a golf club and then told him to just go hit some golf balls. As a lifelong club professional in the Philadelphia PGA, Henry Jr. had an outstanding playing record.

His first position as a head professional was at the nine-hole Phoenixville Country Club (1938 to 1941), where he was the pro and green superintendent. During the week he worked on the golf course and on the weekends he manned the golf shop. That program wasn’t conducive to becoming a great golfer.

With the United States suddenly at war in late 1941, Henry went to work in a defense plant. That is when he became a real golfer. Every day after work, for nearly three years, he would play until dark at the Spring-Ford Country Club, where his father was now the golf professional.

After the war he became a head professional again and began entering the local PGA tournaments. Each winter for ten years, right after Christmas, Henry would head for the west coast to join the winter tour with $1,500 in his pocket. He would follow the tournament trail, playing the Monday qualifiers and winning a check on some occasions. When the $1,500 was gone he would head home. He said he usually lost money, but the lessons were invaluable. In those days the players would spend their evenings sitting around hotel lobbies talking about the golf swing. 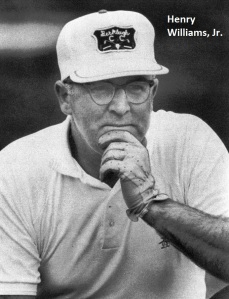 In 1949 Henry made it to the quarter-finals of the PGA Championship, and won the Philadelphia PGA Championship. By being a quarterfinalist in the PGA he earned an invite to the 1950 Masters Tournament. That year he went all the way to the final of the PGA, losing to Chandler Harper. With that he qualified for the Masters again.

Out on the winter tour again in 1952, Henry won the Tucson Open in early February. That year he made a profit on the tour but there was no invitation to the Masters. Invited were former winners of the Masters, all winners of a US Open, US Amateur champions, Ryder Cup team, Walker Cup team, PGA winners and quarter-finalists, US Amateur quarter-finalists, top 24 in the 1951 Masters and top 24 in the 1951 US Open. 104 invitations went out, but winning a PGA Tour event did not earn an invite. 76 entered.

On the other hand, three pros from the Philadelphia Section had invitations to the Masters and did not play. In 1937 Zell Eaton, an assistant at Saucon Valley Country Club, had an invitation and did not play. He was at Saucon Valley only that one year. In 1940, Leo Diegel, a two-time winner of the PGA Championship in the 1920s and his assistant at Philmont Country Club were both invited to play but did not enter. Diegel hadn’t played for several years. Eaton and Kowal had invites off their finishes in US Opens.

Even though Henry did not receive an invitation in 1952, he attended nearly every Masters until he was well into his 80s on his complimentary ticket through his PGA membership. In the late 1990s three of us professionals had the privilege of attending several Masters with him. On the way to Augusta he would tell us “You won’t hear anyone yelling ‘You da man’ or ‘In the hole’ at this tournament.

We would begin each day at the practice area watching the players warm up. Then he would take us to the best locations on the course to see the golf shots. Late in the day we would be back watching the players practice. Every year during Wednesday’s practice round when Arnold Palmer was playing the eighth hole, Henry would be on the right side next to the gallery rope about fifty yards up the fairway. Somehow Palmer would always find him and they would have a short visit.

Along with a great golf swing, one thing that made Henry successful was his conviction that he was right. He was very sure of himself. He said he never played well at the Masters, because by the time it was played, he had been back in Pennsylvania stuck in cold rainy weather for awhile and had lost his tournament edge. With the $2,000 he won at Tucson in 1952 he was able to play the winter tour until it was time to report for work at Berkleigh CC. If invited he might have fared better that year.

Every year at the Masters, Henry would be talking about not being invited in 1952 and say, “They owe me one.”

One thought on “A Philadelphia PGA pro won the 1952 Tucson Open and wasn’t invited to the Masters!”