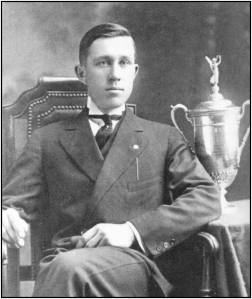 Johnny McDermott won back-to-back United States Opens in 1911 and 1912. McDermott, the greatest player in the history of the Philadelphia Section, came within one stroke of winning three U.S. Opens before he was 21.

Leo Fraser was the Section President for six years from 1957 to 1962 and the National president in 1969 & 1970. Fraser was the Philadelphia Section’s “Professional of the Year” in 1957 and an original inductee into the Section’s Hall of Fame in 1992.