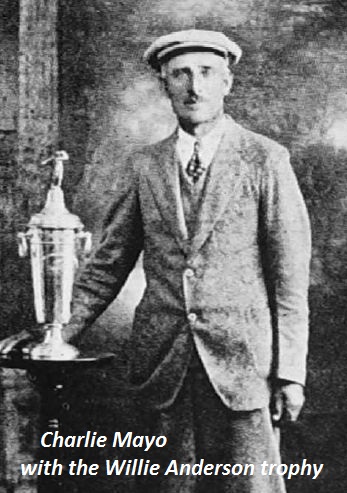 “DID YOU KNOW”
In 1930 the Philadelphia Cricket Club hosted a championship for senior PGA pros!

On the fourth Monday of May, 1930 a group of golf professionals who called themselves the Professional Golfers Seniors Association, met at the Philadelphia Cricket Club’s Flourtown course. It was the first of what they planned to be many annual championships.

There were 22 entries, some from as far away as Cleveland. To be eligible, one had to have been a head professional for at least 25 years. They had set themselves up as a national organization with more than 100 members. Albert R. Gates, PGA of America business administrator, was on hand to oversee the competition.

Along with cash the prize for the winner was the engraving of his name on the Willie Anderson Trophy. The trophy’s namesake, a four-time winner of the U.S. Open, served as the professional at the Cricket Club in 1910. A few months after hosting the 1910 U.S. Open, Anderson died at the age of 31. Also engraved on the trophy were the names of all deceased winners of the U.S. Open. 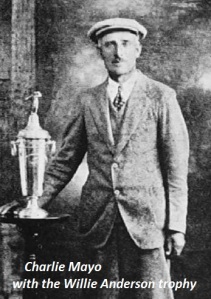 The competition was scheduled for one 18-hole round. At the end of 18 holes, 1908 US Open champion Freddie McLeod was tied for the title with Long Island’s Charlie Mayo, with 76s. A sudden death playoff was held, beginning on the first hole. Representing Maryland’s Columbia Country Club, McLeod’s drive was in the fairway and his iron shot to the green finished 8 feet from the hole. Mayo, the professional at Pomonok Country Club, drove into the right rough and his second shot was barely on the green. From there Mayo holed his putt of 30 feet for a birdie. McLeod failed to hole his putt and Mayo was crowned the champion.

In another casualty of the Great Depression, the tournament was discontinued. Seven years later the PGA of America introduced a Senior PGA Championship. The Championship continues today.

One thought on “In 1930 the Philadelphia Cricket Club hosted a championship for senior PGA pros!”