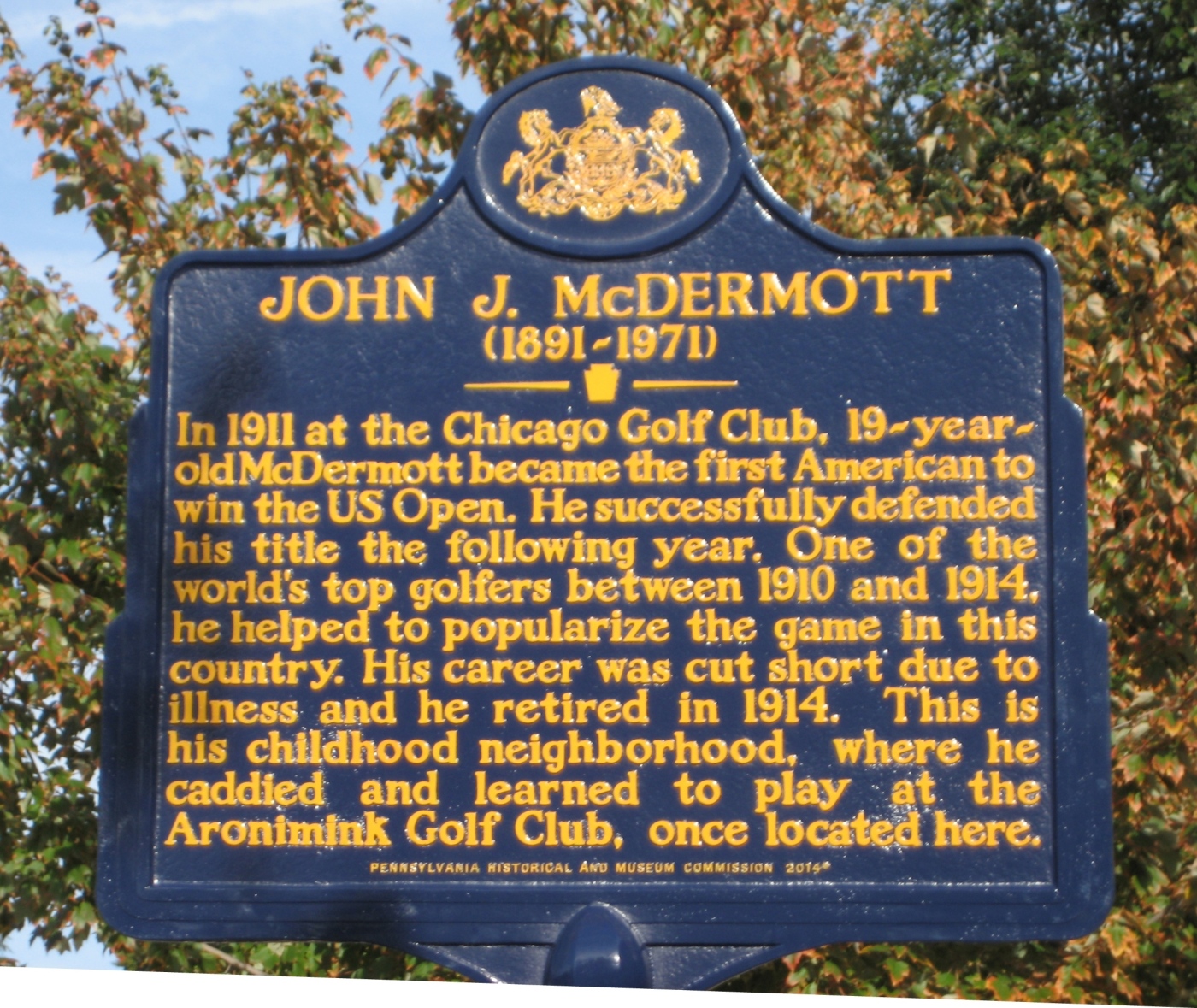 “DID YOU KNOW”
The state of PA erected a historical marker for Johnny McDermott, a two time US Open winner!

When Johnny McDermott won the U.S. Open at the Chicago Golf Club in 1911 he was the first American born golfer to win our Open and also at age 19 the youngest; a distinction he still holds today.  In 1912 he defended his title at the Country Club of Buffalo by winning the tournament again. Having lost the 1910 U.S. Open in a playoff, McDermott had come within one stroke of winning the tournament three straight years. Only five others have won two consecutive U.S. Opens.

McDermott was born on August 12, 1889 and grew up on Florence Avenue in West Philadelphia. He learned to play golf as a caddy at the Aronimink Golf Club, which was then located at 52nd Street and Chester Avenue. Along with winning two U.S. Opens, McDermott also won the Western Open, Shawnee Open and three Philadelphia Opens. He accomplished all of that in four years.

In October of 1914 McDermott suffered a mental breakdown blacking out and collapsing in the golf shop at the Atlantic City Country Club where he was the head professional.  He was taken to Philadelphia and put in the care of his parents. At the age of 25 his golf career was over. He spent the rest of his life in the Norristown State Hospital for the Mentally Insane. He died on August 1, 1971, just a few weeks after watching Lee Trevino and Jack Nicklaus play off for the U.S. Open title at Merion Golf Club.