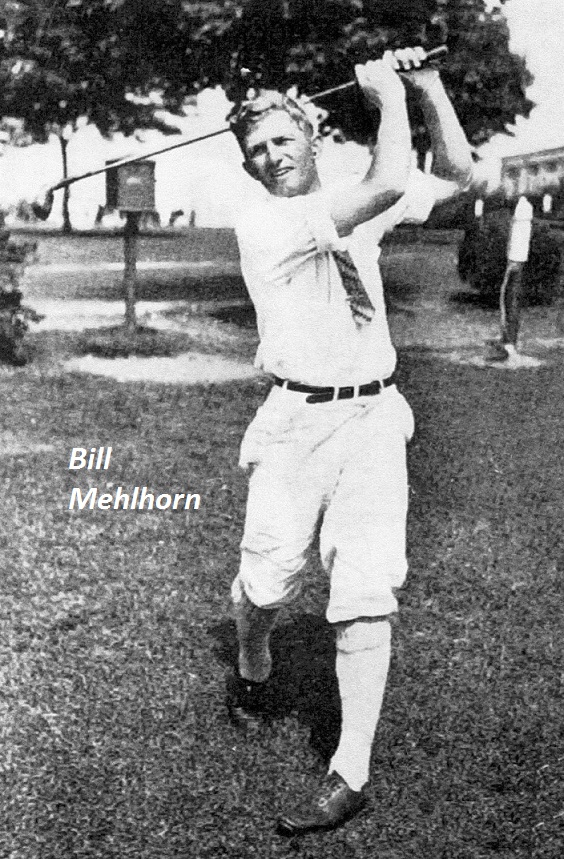 “DID YOU KNOW”
It May Not Be Possible To Be Over Golfed!

On May 25, 1921 an American team of 12 golf professionals left New York on the Aquitania and sailed across the Atlantic Ocean to oppose a team of golf professionals from Great Britain. The match was played at the Gleneagles Hotel. There were other tournaments and exhibitions for the professionals to play in but the main purpose of the trip was to bring the British Open’s Claret Jug back to the United States.

On the 7th of June the American team was soundly defeated as they played foursome matches in the morning and singles in the afternoon.

The next day the 2,000 Guineas Tournament kicked off, which was also being played at Gleneagles. The contestants played 27 holes on June 8th and 27 holes on the 9th to qualify for sixteen places in a match play format.  Jock Hutchison qualified but lost to Abe Mitchell in the first round in spite of being four up after the first four holes.

Bill Mehlhorn, who was later the professional at Brandywine Country Club, was also a member of the team and rooming with Hutchison. After losing, Hutchison said to Mehlhorn who had failed to qualify “Let’s go over to St. Andrews and play a practice round for the British Open”. Off they went by cab to The Old Course. Even though Hutchison had grown up at St. Andrews and had played 18 holes of tournament golf that day they went 36 holes.

On June 14 and 15 Hutchison won a 36-hole tournament in London at the Kinghorn Fife Links. He put together a 74 and a 64 to win by three strokes.

On June 18 Hutchison and James Braid defeated J.H. Taylor and Joe Kirkwood in a featured match at St. Andrews.

Qualifying for the British Open was on June 21 and 22 with 18 holes each day. Even the defending champion (known as the holder in Great Britain) had to qualify. The British Open was played on June 23, 24 and 25 with 18 holes each of the first two days and 36 holes on the third day. Hutchison posted a score of 296 and was tied for the title with Roger Wethered, an amateur. The next day Hutchison won a 36-hole playoff by nine strokes with a 150 total. First prize was 75 British Pounds. Mehlhorn tied for 16th.

Hutchison and Mehlhorn did quite well considering that the two of them were sleeping in one bed. They were on a tight budget having been allotted $1,000 apiece by Golf Illustrated magazine, which sponsored the team’s round trip to Scotland.

From what this writer can find Hutchison played 17 competitive rounds plus at least 8 practice rounds in 20 days and won two important tournaments.