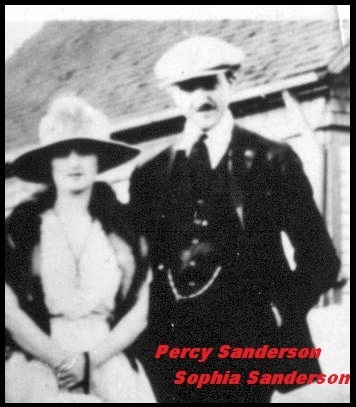 “DID YOU KNOW”
The Origin of the Trophy for the First Philadelphia PGA Championship!

In June of 1922 the Evening Public Ledger newspaper donated a perpetual trophy for the newly formed Philadelphia PGA’s first Section Championship. Percy Sanderson who wrote golf for the newspaper under the byline of “Sandy McNiblick” and his boss Robert Maxwell, who was the newspaper’s sports editor were responsible for the gift of the trophy to the Section.

Fourteen days after that first Philadelphia PGA Championship was played Sanderson and Maxwell were critically injured in an automobile accident west of Norristown near Betzwood. Early on a Sunday morning they had come upon a car stalled in the road. Maxwell was driving. Fearing a holdup he swerved around the car and ran head-on into a truck loaded with boy scouts heading back to Valley Forge Park from a dance. Three other passengers in the car were also injured. Maxwell had seven fractured ribs and a dislocated hip. Sanderson who was in the back seat with his wife and another lady was injured the worst with a fractured skull and concussion. Everyone suffered injuries of some sort. Sanderson’s wife was a duchess who he had married while in Europe during World War I. All five occupants of the car were taken to the Montgomery County Hospital in Norristown.

Within a few days Maxwell had contracted pneumonia and lost consciousness. He died on Friday June 30. He was 38 years old. Sanderson survived and eventually returned to work. Jim Barnes and three other golf professionals played an exhibition in October, 1922 to help Sanderson, an honorary member of the Philadelphia PGA, pay his hospital bills.

This is the same Robert “Tiny” Maxwell that the Maxwell Club was created for in 1937. Maxwell had been an All-American football player at the University of Chicago and Swarthmore College. As well as being a sports editor he was a leading college football official at the time of his death. Each year trophies are awarded by the Maxwell Club to the best football players and coaches from all levels of football. In 1974 Maxwell was elected to the College Football Hall of Fame.