“DID YOU KNOW”
A plan for the PGA’s first national golf club began in the Llanerch CC golf shop!

One day in 1942 Sam Byrd and Jimmy D’Angelo were in the Llanerch Country Club golf shop talking with Llanerch’s golf professional, Marty Lyons. The idea of the PGA of America having a winter home with its own golf course was mentioned. Byrd, a former major league baseball player and now an assistant at Merion Golf Club, had spent a number of spring trainings in Florida.

Byrd had played eight years in the major leagues with the New York Yankees and Cincinnati Reds. Both teams held spring training in the Tampa Bay area, so Byrd, who was as good at golf as baseball, knew Florida golf courses. Byrd told D’Angelo and Lyons that due to the Great Depression there were golf courses in Florida that could be bought for next to nothing.

In November 1942 Lyons and D’Angelo were in attendance at the PGA’s annual meeting in Chicago. On the floor of the meeting they brought up the idea of the PGA owning its own golf course. They did not receive much of a response. Well before that in 1936, Leo Fraser then the professional at Seaview Country Club had written a letter to the PGA suggesting the association own its own golf course.

Lyons and D’Angelo were back at the PGA’s annual meeting in November 1943. They stood on the floor of the meeting and again presented the idea of the PGA owning its own golf course. With that, President Ed Dudley appointed them a committee of two, to make a study of the idea, and return to the 1944 meeting with a report.

In November 1944 Lyons and D’Angelo were at the annual meeting with a proposal. They showed a film of the Dunedin Isles Golf Club, which was north of Tampa in Dunedin. They told the delegates that the golf course, which had been designed by the renowned golf course architect Donald Ross and was owned by the city of Dunedin, could be theirs through a 99-year lease at $1 per year. Their presentation was so thorough the delegates approved the plan with little discussion. (It was Jimmy D’Angelo who later played a major role in making Myrtle Beach a golf destination on the East Coast.)

Finding a home course for the PGA turned out to be the easy part. After some years of neglect, the golf course and clubhouse had to be refurbished. Each PGA Section was assessed an amount based on its number of PGA members. Two months later Dunedin Isles, now PGA National Golf Club, hosted its Senior PGA Championship 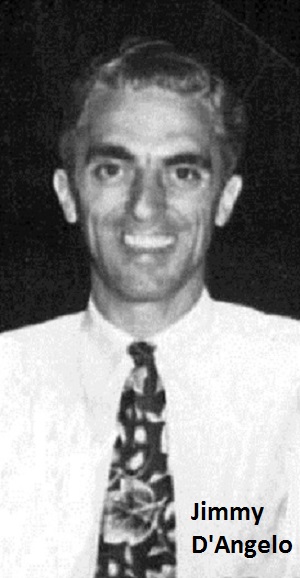 The course was a huge success during January and February, with the golf professionals taking a break from their club jobs. By the late 50s the Senior Championship was such a sellout, the 72-hole tournament had to be played over six days. Beginning on a Tuesday the various age groups played on alternate days. After 36 holes age group prizes were awarded and there was a cut, which got the field into a manageable number. The PGA, which had moved its national office to Dunedin, was outgrowing its 18-hole home in the winter months but finding it to be a financial struggle the rest of the year.

The PGA made a connection with John D. MacArthur, one of the largest land owners in Florida. He would provide two championship golf courses and office space for the PGA of America staff in Palm Beach Gardens, Florida. In late 1962 the PGA moved from Dunedin to the east coast of Florida.  MacArthur provided the PGA with two championship golf courses at reasonable prices, and space in the large clubhouse for its office.

By 1975 the PGA was looking for a new home. The PGA had made MacArthur’s golf courses too popular, so the prices were being increased. For a few years the PGA bounced around Florida looking for a new home, until making arrangements with a new developer on a long term lease along with office space it would own, still in Palm Beach Gardens. (That is the present home of the PGA Tour Honda Classic.) When that became too much of a success the PGA built a complex with three golf courses in St. Lucie County, which it owns.

Over the years many PGA members made these locations their winter home and then retired there. Now the PGA national headquarters is on the move again. Golf course architects Gil Hanse and Beau Welling are putting in two championship golf courses in Frisco, Texas for the PGA and the PGA is building a 100,000-square foot office complex and education facility.