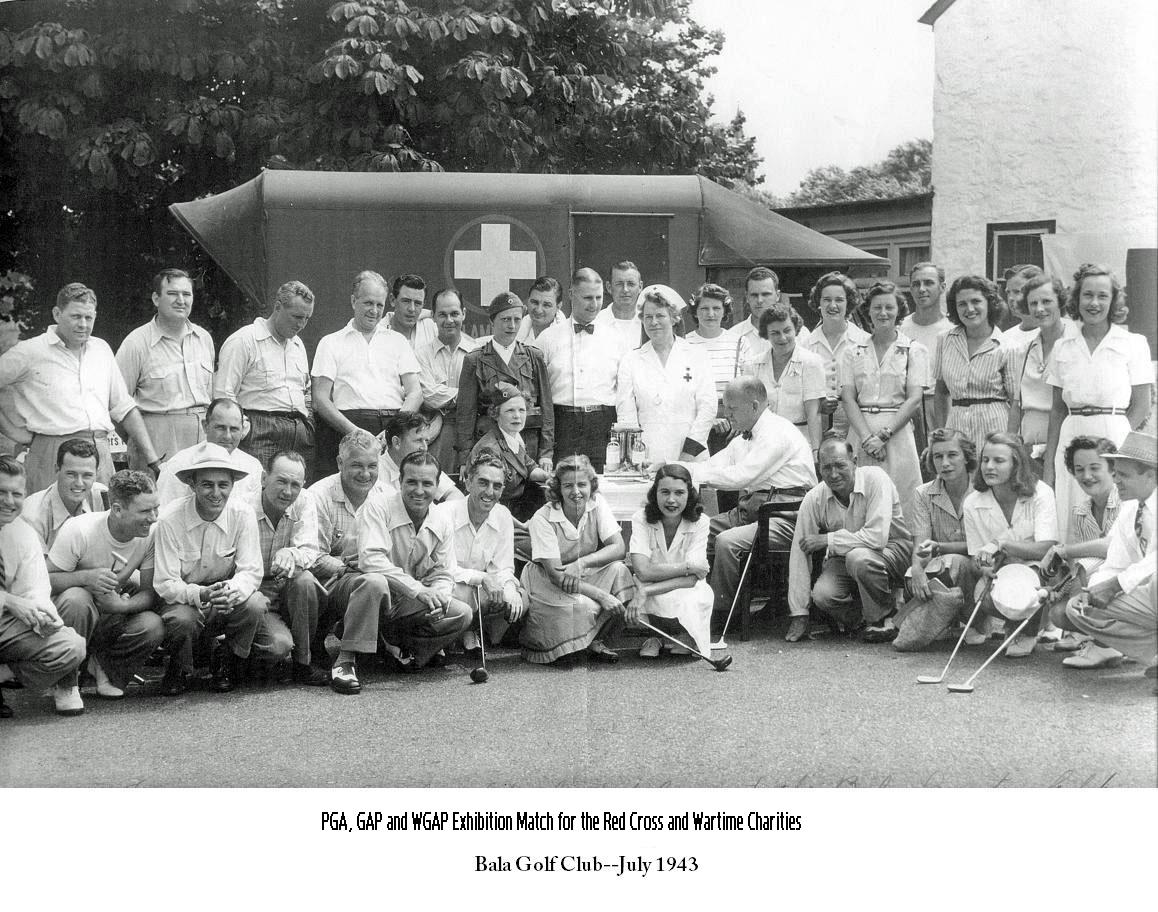 “DID YOU KNOW”
The Philadelphia PGA professionals taught the world’s greatest blind golfer how to play!

At the Philadelphia PGA’s 1943 spring meeting, Section President Marty Lyons gave the tournament chairman Leo Diegel full authority to use the Section’s tournament program in any way to assist the World War II effort. Before the meeting was over Diegel had come up with a plan.

To host the event a club had to pay $500, with all proceeds going to the Philadelphia PGA’s wartime charity fund. Bala Golf Club agreed to be the host. The admission fee for the spectators was $1 or a steel shafted golf club for the country’s scrap iron drive. The exhibition was played on the third Sunday of July. The amateurs received two handicap strokes and the ladies seven strokes. Some of the 36 team members were two-time PGA champion Leo Diegel, six-time US Women’s Amateur champion Glenna Vare, George Fazio, Jug McSpaden, Sam Byrd, Billy Hyndman, Dot Germain and Helen Sigel. All 36 players agreed to donate blood to the Red Cross on a specified date.

Two thousand spectators turned out that day, with the proceeds coming to $3,000. The plan had been to purchase an ambulance for the Red Cross, but the Red Cross officials suggested that the golf professionals visit the Valley Forge General Hospital near Phoenixville where the wounded service men were being sent for rehabilitation. Lyons and Diegel visited the hospital and decided to build a golf course for the hospital’s patients. More exhibitions and pro-ams were played to raise money and with the assistance of the Philadelphia Golf Course Superintendents, a nine-hole golf course consisting of holes from 95 yards to 275 was constructed. Every golf professional in the Philadelphia PGA gave his time, equipment or money to the project and many donated all three.

Charley Boswell, who had been a football player at the University of Alabama, was pitching for the Atlanta Crackers in Double AA when Japan bombed Pearl Harbor. Now, the United States was in World War II. Boswell was drafted into the U.S. Army and sent to Officer Candidate School in Fort Benning, Georgia. After graduation from Fort Benning, Boswell was fighting the war in Germany when a Sherman Tank caught on fire. While trying help his men out of the burning tank it exploded, blinding Boswell permanently. He was sent to VFGH, which specialized in eye injuries. The golf professionals introduced Boswell to golf, which he had never played before. 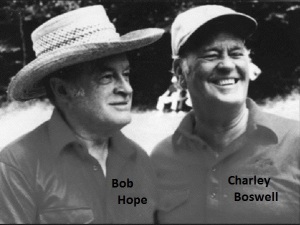 In 1946 Boswell finished second in the National Blind Golf Championship and the next year he won the tournament. He went on to win the U.S. championship 16 times and the international title 11 times. He played golf with celebrities like Bob Hope.

Back in his hometown of Birmingham, Alabama, he managed the Boswell Insurance Agency for more than 40 years and served as the Revenue Commissioner for the state of Alabama for nine years. Thanks to the Philadelphia PGA, Charley Boswell had a full and successful life.