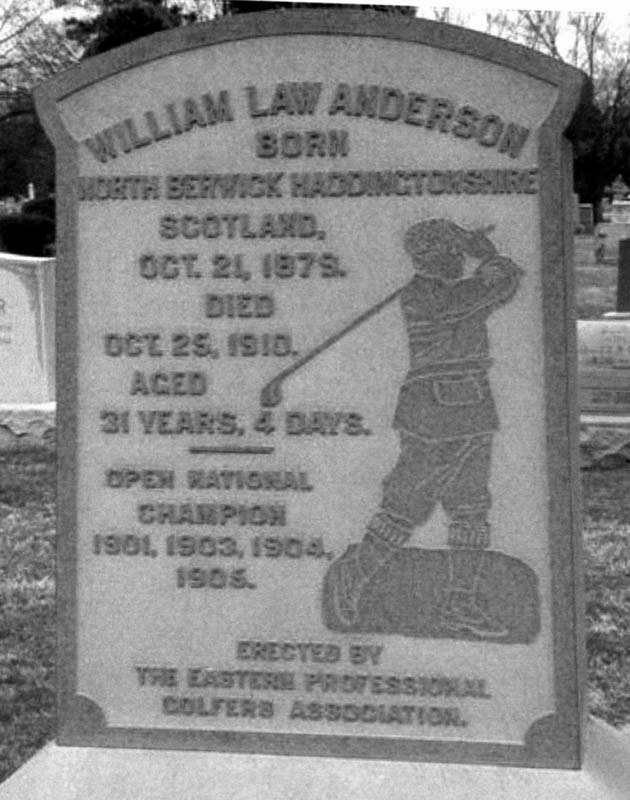 “DID YOU KNOW”
Before there was a PGA, there was an Eastern Professional Golfers Association!

Before the PGA of America was formed in 1916 there were several professional golf associations in the United States. One of those and most likely the largest was the Eastern Professional Golfers Association that covered eastern USA from the state of Maine to Wilmington, Delaware. On June 4, 1906 their founding meeting was held at the Astor House in New York City. Officers were elected. Samuel Y. Heebner, a founder of the Golf Association of Philadelphia, was at the meeting and appointed to a six-man advisory board. The organization’s objective was to provide competition for the professionals and assist with employment.

In October they held their first championship at the Forest Hill Field Club in New Jersey. There were 50 entries and the club put up $300, making the prize money $450. The winner was Scotland’s Alex Smith, who would go on to win the US Open twice. Smith also won a gold medal, similar to what the US Open winner was receiving. Smith won their championship three times, but the pride of those professionals was Willie Anderson, who won the United States Open four times from 1901 to 1905. Anderson, who immigrated to the USA from Scotland with his golf professional father and brother at the age of 15, always considered himself to be an American golf professional.

In 1910 the Philadelphia Cricket Club, which was hosting the US Open that year, was looking for a golf professional. Anderson, who had held nine head pro positions in 13 years, was interested. If he could learn how to play that course, maybe he could win another US Open. Anderson was hired. When the tournament was played in June, he finished 11th, while Smith took the title. 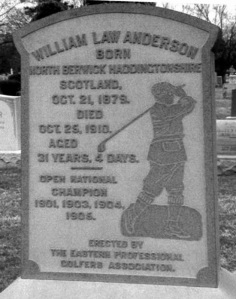 In October of that year, Anderson passed away at the age of 31. He was buried near the Philadelphia Cricket Club in Chestnut Hill’s Ivy Hill Cemetery. The Philadelphia Cricket Club members arranged a subscription to create a monetary fund for Anderson’s widow and baby. The Eastern Professional Golfers Association provided a large monument for the grave site, which mentioned his four U.S. Open victories. His father and brother, also golf professionals, are buried next to Willie. The monument nearly bankrupt The Eastern Professional Golfers Association.