“DID YOU KNOW”
The PGA Tour pros played with 16 clubs during World War II!

When the USGA declared that the long putter could no longer be anchored to the body as of January 1, 2016 there was an outcry from PGA Tour professionals who use that style to make a living.  A significant topic of discussion was the separation of rules, the Tour’s having their own set, with some difference from the USGA/R&A rules of golf.

This has happened before. In 1938 the USGA, for the first time, had imposed a limit of 14 clubs a golfer could use in a stipulated round. When World War II broke out the PGA Tour was faced with a depletion of competent playing pros. To keep the public interested in its tournaments, the PGA’s touring professionals voted to allow the players to carry 16 clubs. It was felt that with 16 clubs they would be able to show the spectators a wider variety of golf shots. (They also played “Preferred Lies” due to poor turf condition.)

Over the years the PGA Tour differed and deviated from the USGA over several other rules like; the stymie, cleaning the ball on the green, how to play preferred lies, embedded ball rule, method for marking balls on the greens and grooves on irons. 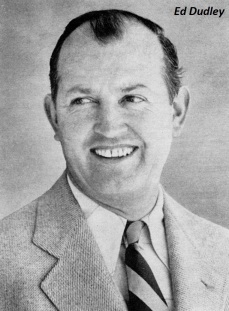 In January 1946 Ed Dudley, the president of the PGA of America and the pro at the Augusta National Golf Club, received a letter from the United States Golf Association informing the PGA that is was time to begin playing by the “Rules of Golf” again. Dudley fired a letter back stating that his organization had no apology to make. He stated that the PGA ran over 40 tournaments a year on the PGA Tour in all kinds of weather and course conditions. He also pointed out that the USGA only sponsored one tournament a year in which professionals compete and that was in the summer under favorable conditions.

In May 1946 at the Western Open Sam Snead disqualified himself after shooting a first round 69 with 16 clubs when he discovered that the tournament was being played under USGA rules and a 14 club limit.

It was not until the 1947 Masters Tournament that the PGA Tour returned to playing with a maximum of 14 clubs and most other USGA Rules.