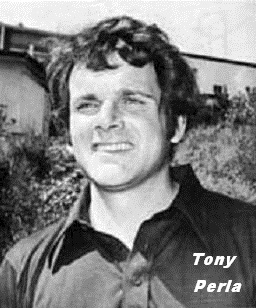 “DID YOU KNOW”
The Graphite Golf Shaft Was Created in a Golf Ball Factory at Plymouth Meeting, PA!

The Plymouth Golf Ball Company was founded in 1916 in Plymouth Meeting, Pennsylvania. The company’s best known golf balls were the Stylist and Blue Goose. The company survived by manufacturing golf balls for other companies.

Shakespeare, headquartered in Kalamazoo, Michigan, purchased Plymouth Golf Ball In 1968. Shakespeare had been around since 1900 and was the leading maker of fiber glass fishing rods.

Fiber glass golf shafts had been marketed since 1954 by a California company named Golfcraft, but without much success. The Golfcraft shafts, which were composed of a steel rod and fiber glass, tended to flutter and shiver at impact, causing a loss of distance and accuracy.

Shakespeare had ventured into the golf equipment business in the 1940s, selling balls and clubs.

In 1967 Shakespeare hired Frank W. Thomas, who had just graduated from Kalamazoo College with a BSC in mechanical engineering. Thomas was born in South Africa, where he played golf as a teenager. In 1963 he left his native country with a friend for the United States in a 25-foot sailboat. After several life threatening experiences they arrived in the States in 1964.

When Shakespeare purchased the Plymouth Golf Ball Company, Thomas was sent to its factory in Plymouth Meeting with the title of Sales Manager. Sales Manager may have been his title but it was not his job. The president of Shakespeare, who was frustrated with the fiber glass golf failures, told Thomas to spend every minute of his working day applying his golf and mechanical engineering knowledge toward making the best golf shaft possible.

About that same time True Temper, the leading manufacturer of steel golf shafts, had come out with an aluminum golf shaft, which was lighter than steel. That shaft had a brief spike of success when Arnold Palmer won the 1967 Los Angeles Open with aluminum shafts in his golf bag. The shaft was pretty good, but the better golfers did not like how it felt when they struck a golf shot. The aluminum shaft met its demise because the great golfers weren’t using them in tournament golf.

Thomas experimented with several materials until Union Carbide, a company that had been providing graphite fibers to NASA for the space industry, called on him. Graphite was expensive but it was 14 times stronger than steel at the same weight. Thomas had been working on the wrapping of various fibers into a golf shaft.  He impregnated the graphite fibers with epoxy, wrapped them around a steel rod, covered it with a cellophane sheath and then hung it in an oven to cure. After the epoxy had set the cellophane and the steel rod were removed. Now Thomas had a golf shaft that weighed half the weight of a steel shaft. When connected to a driver head it produced a club that weighed 12 ounces instead of the 13.5 ounces of a steel shafted driver. Some of that saved weight was added to the club head. The golf world now had a driver that could be longer in length with less overall weight. The end result was more club head speed. 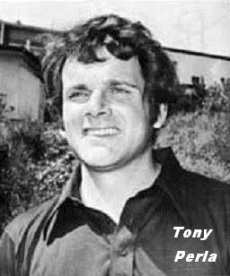 Gary Player and Don January tested the shafts. Thomas introduced the graphite shaft at the 1970 PGA Merchandise Show. Tony Perla, professional at Sunnybrook Golf Club and a two-time winner of the Pennsylvania Open, became Thomas’ local test pilot for the graphite shaft. Perla, the longest driver in the Philadelphia Section, was the perfect test for the shaft. With his power any flaws in the shaft were obvious.

Somehow due to the timing of Thomas’ introduction of the graphite shaft and application for patents Shakespeare never received a patent on the shaft. That was a blessing for the golfers. More than a dozen entities began working on graphite shafts. By 1974 several golf companies were offering clubs with graphite shafts. The only downside was the price of those golf clubs. A driver with a graphite shaft cost $100 to $120 opposed to $40 for a steel shafted driver.

Frank Thomas went on from there to spend 26 years as the Technical Director of the United States Golf Association, testing all new golf products for their compliance with the rules of golf.